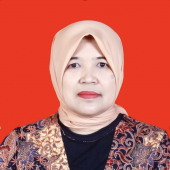 Dr Nita Rukminasari did her Ph.D from The Unversity of Newcastle, Australia on 2008.  She has conducted research at several overseas universities including Monash University (Australia), University of Nevada, Reno (USA), Uppsala University (Sweden), KU Leuven (Belgium), and Georgia University (USA) from 2010 to 2016.  Her research interests include primary productivity of aquatic ecosystems, bioremediation techniques using microalgae and aquatic plants, biofuels from microalgae, ocean acidification impact on marine organisms, HABs and seaweed. Dr Rukminasari currently holds a position as lecturer and researcher at Faculty of Marine Science and Fisheries, Universitas Hasanuddin. Dr Rukminasari is a research member at the Center of Excellence for Seaweed Innovation, Development and Utilization, Universitas Hasanuddin.

The Bio Economic Seaweed Model (BESeM) is a model designed for modelling tropical seaweed cultivation. The model simulates several aspects of the common tropical seaweed cultivation system including multiple harvests per year, clonal reproduction and labour intensive harvesting and replanting activities. Biomass growth is modelled as a sigmoid, with growth being initially exponentially and eventually flattening off towards a maximum weight per plant or per square meter (wf,max). A 120 days (17 weeks) experiment was conducted to estimate the maximum weight per plant. Concentration of Agar content was shown to increase with age of the Gracilaria. The BESeM model has a limited number of parameters which makes it easily amenable to new sites and species. An experiment is presented for a site in Indonesia in which Gracilaria was monitored for 120 days in 6 nearby sites and from which BESeM model parameters were estimated. BESeM could be determine the optimum combination of replanting weight and harvest cycle length (in days) for maximising gross and net farm income.

1) When was the first time you got involved with seaweeds and why?

The first time I was involved with seaweed was in 2009, when I just finished my Ph.D and got a research grant from my government to identify seaweed in South Sulawesi Waters, since then I had several seaweed projects. In 2018 - 2021, I was appointed as a Secretary at Research of Excellent for Seaweed Innovation, Development and Utilization, Universitas Hasanuddin. Now, I am still a research member of this research center.

3) What will you be talking about at Seagriculture Asia-Pacific 2023?

I will talking about "The Bio Economic Model (BESeM) for modelling Gracillaria cultivation" at Seagriculture Asia Pacific 2023.

Hope, I have answered your question well. If you have more question regarding seaweed in Indonesia in particular, please do not hesitate to contact me.